Home / Uncategorized / Elizabeth Streb – The Mind of A Superb Choreographer

Elizabeth Streb – The Mind of A Superb Choreographer 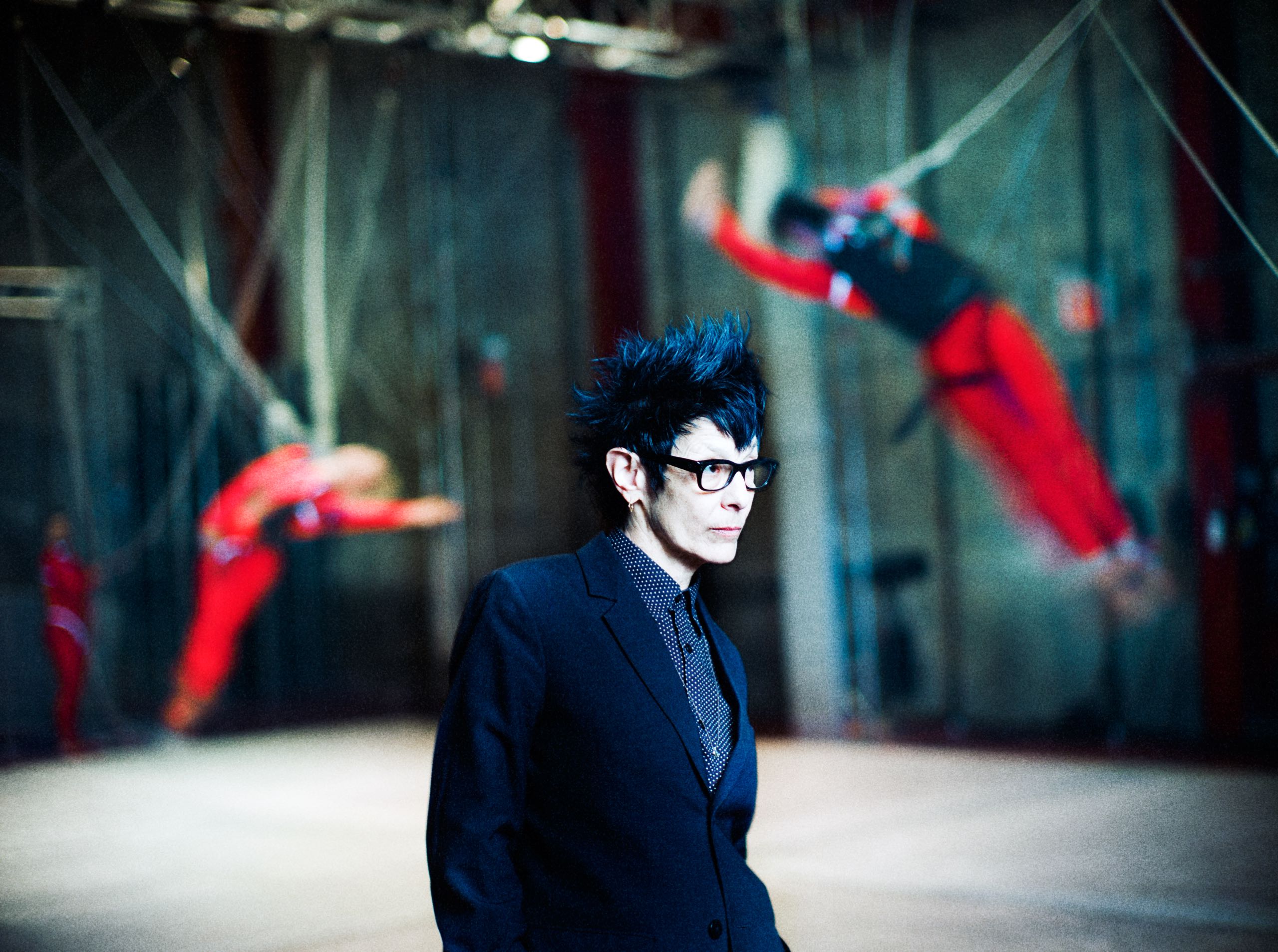 Produced by Catherine Gund and Tanya Selvaratnam, Born To Fly is a documentary about Elizabeth Streb. It narrates the story of a pursuit that crashes, swings, and leaps. The film portrays Elizabeth Streb as a choreographer who extols the values and virtue of dance as a carnival sideshow, high-risk daredevilry, and contact sport. It portrays Elizabeth Streb as a high-standards ringmaster. Director Catherine Gund’s exciting film provides an inspiring view of Elizabeth Streb and her tireless efforts to create phenomenal displays of what she refers to as pop action with Extreme Action Company’s acrobatic dancers from Brooklyn. However, the documentary–most appropriate for pubcast and festival showcases–may induce skepticism in some audiences, seeing Elizabeth Streb as some sort of cult leader, complete with Kool-Aid-sipping followers.

In Born To Fly, Catherine Gund emphasizes Elizabeth Streb’s controlling character early on, in an amusing and revealing sequence that portrays Streb–a spiky-haired and bespectacled dynamo in her early sixties–attentively planning the seating order for a dinner party she is arranging alongside her partner. Later, as the choreographer waxes excitedly about high-risk dance routines that sometimes lead to critical injury, Elizabeth Streb pre-emptively brushes off any criticism of her technique. In Streb’s opinion, anything that is too safe does not constitute action. Based on the excerpts of the performances of the Extreme Action Company that are present throughout the film, Straub’s work on Born To Fly can be described as nothing but safe. The dancers throw themselves against plexiglass walls, avoid spinning I-beams by ducking, drop from different heights on what seems to be inadequate safety mats, dodge blocks suspended from ropes inches above their heads, and often participate in maneuvers that might be viewed as extremely high-risk for battle-scarred stuntmen. The film’s grand finale is a sequence of phenomenal feats–dangling from a gigantic Ferris wheel, walking on the sides of buildings, and much more–which before the London Olympic Games of 2012 was performed as public performance art.

Interestingly, the dancers of Elizabeth Streb seem in every aspect as attentive to detail as Streb herself while portraying immense appreciation for the opportunity to risk limb and life in their collaborations. When DeeAnn Nelson, one of Elizabeth Streb’s dancers, describes the injury she suffered that broke her back, ending her career, she seems almost apologetic for interrupting the technique. Likely to induce uneasiness and fascination in equal proportion among audiences hereto not familiar with Elizabeth Streb’s phenomenal work, the film suggests in a teasing manner that various avant-garde virtuosity performances could be equally enjoyed by die-hard dance fans, venturesome aesthetes, as well as World Wrestling Entertainment enthusiasts.

Elizabeth Streb is an individual who understands precisely who she is, and so does Catherine Gund as she narrates the choreographer’s phenomenal story to the world. Elizabeth Strep spent her early childhood in Rochester, New York where she was drawn to the art of dance. As her passion for dance developed, Streb grew tired of the gentle connotations that are characteristic of common dance and decided to pursue dance from a more experimental perspective. Hints of emotional abuse in the choreographer’s youth speak to her initiative to express and impress. To push herself to her physical limits and the likes of similarly meticulous dancers under the choreographer’s wings. Elizabeth Streb is the lower risk version of Tyler Durden, trading in havoc for some type of magnificent chaos.